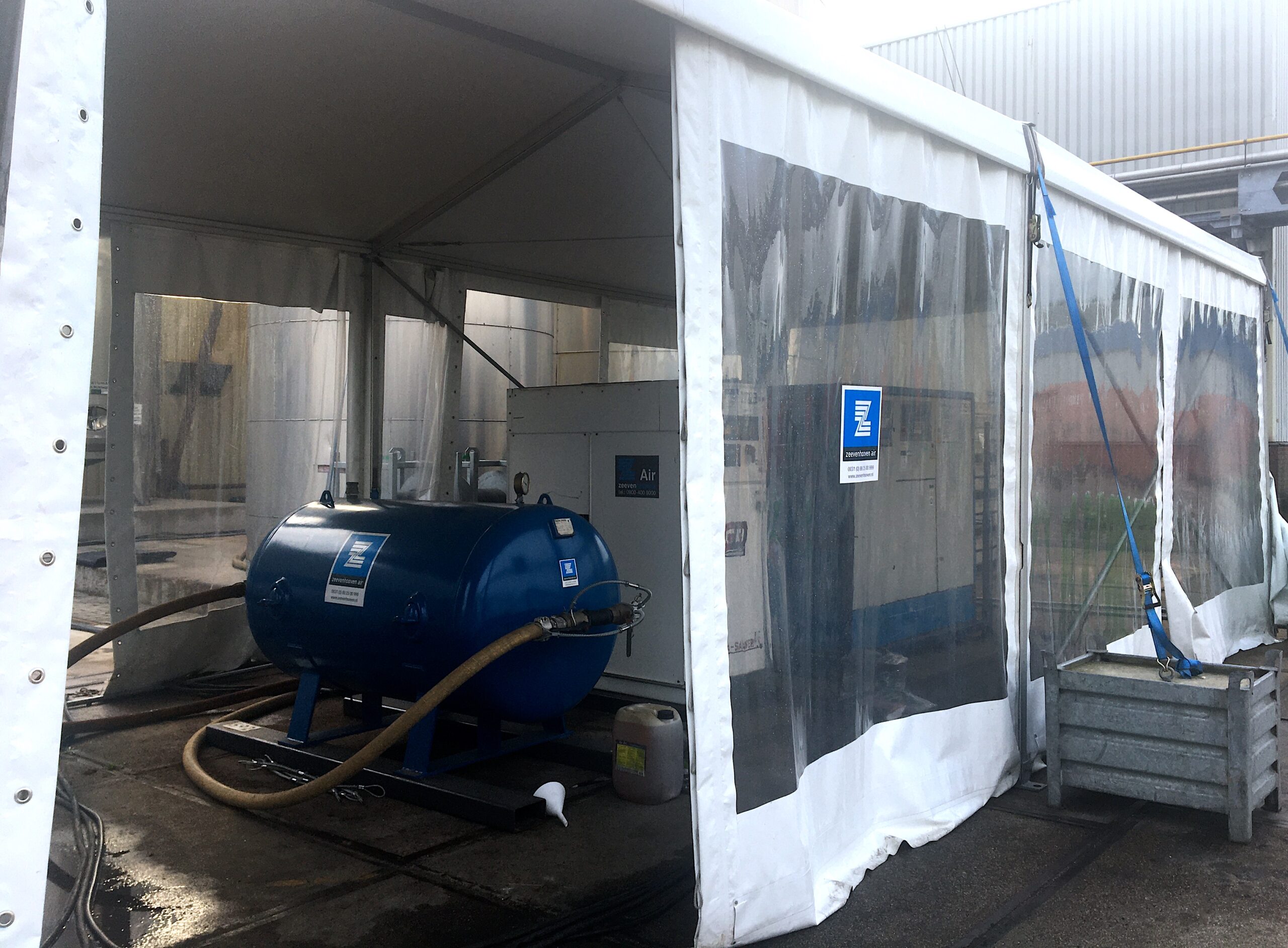 In the glory days of Netflix and the Disney Channel, in the middle of the Dutch intelligent lockdown, the potato chips production of one of the largest potato chips manufacturer of the Netherlands threatened to be shut down. The machine park was ready for a replacement. But, how does a factory work with full force in a transition period? Exactly: with the air installations of Zeevenhooven Air. De compressors were set up outside, due to lack of space in the factory, but for us, that was not an issue: we will do anything to keep the production of potato chips safe.

It was an unfortunate timing: while we were forced to sit at home and looking forward to sit on the couch with a bag of potato chips, the machine park of a chips manufacturer in The Netherlands was in need for a replacement. Outage of the factory had to be prevented at all cost and therefore, Zeevenhooven Air was asked to support the transition period with a temporary air installation.

Temporary air installation, set up outside

We secured the supply of the potato chips to the supermarkets by setting up a temporary park. At first, the manufacturer chose a diesel compressor, but that didn’t meet the sound and environmental requirements. Therefore, Zeevenhooven Air was asked to supply electrical air compressors, so that the factory could work clean and almost sound free at full force during the transition period.

Normally, electrical air compressors are set up inside, but due to space limitations in the factory, the temporary machine room was installed outside. Shielded from the elements, we built an air installation (a compressor of 110 kW and one of 75 kW) in a single morning to take over the air supply of the factory. Which guaranteed the continuation of the factory, averted the crisis and was a great relief to potato chips loving Dutchies. 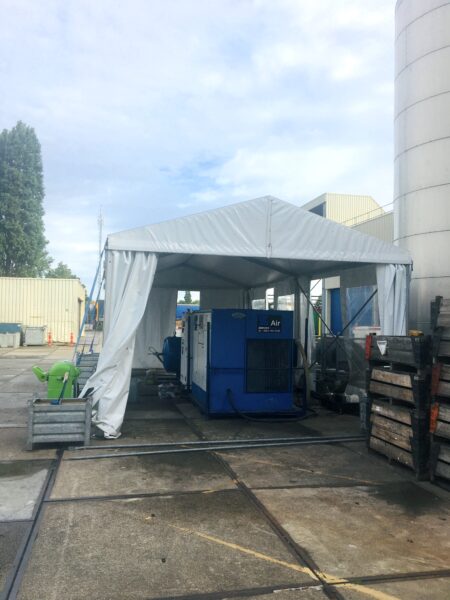 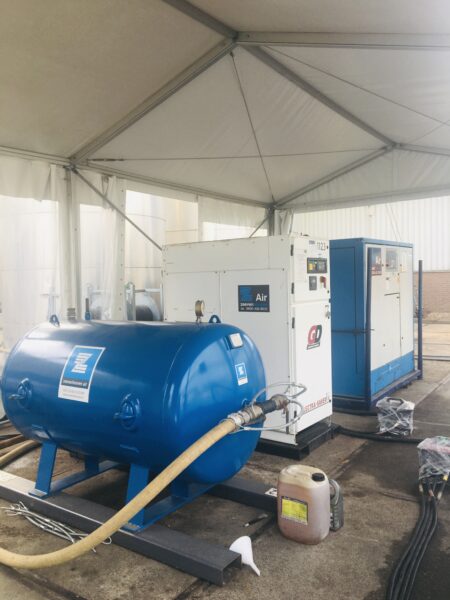 Do you need temporary support, for example during the next turnaround? Please, contact us and our specialists gladly discuss your challenges with you.

Read about new products, services and certificates! Or check out the projects we have done with our customers.